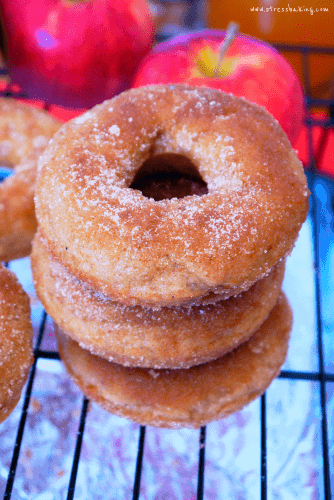 A classic fall favorite, these apple cider donuts are coated in cinnamon sugar and baked – not fried!

So I was definitely late to the game on the apple cider donuts this year. But in my defense, our house is only a couple miles from a wonderful apple orchard where they’re already made for me (and it gives me an excuse to go see the animals and pick up enormous bags of fresh apples). Thankfully, my tardiness does not affect how good these are. Some friends and coworkers said, “You should sell these!” Now, I’m not going to sell them – but I will tell them how to make them yourself.
If you have self-control — unlike me — you can devour them plain, without any cinnamon and sugar. I’d recommend adding just a bit more cinnamon to the tops of the donuts after you’ve poured the batter into the pans just before you bake them if you’re going to do this, just to give them a little bit more flavor. They’re sturdy on the outside, but soft on the inside with a fantastic aroma that makes you want to cozy up with a good book. It’s intoxicating, really. 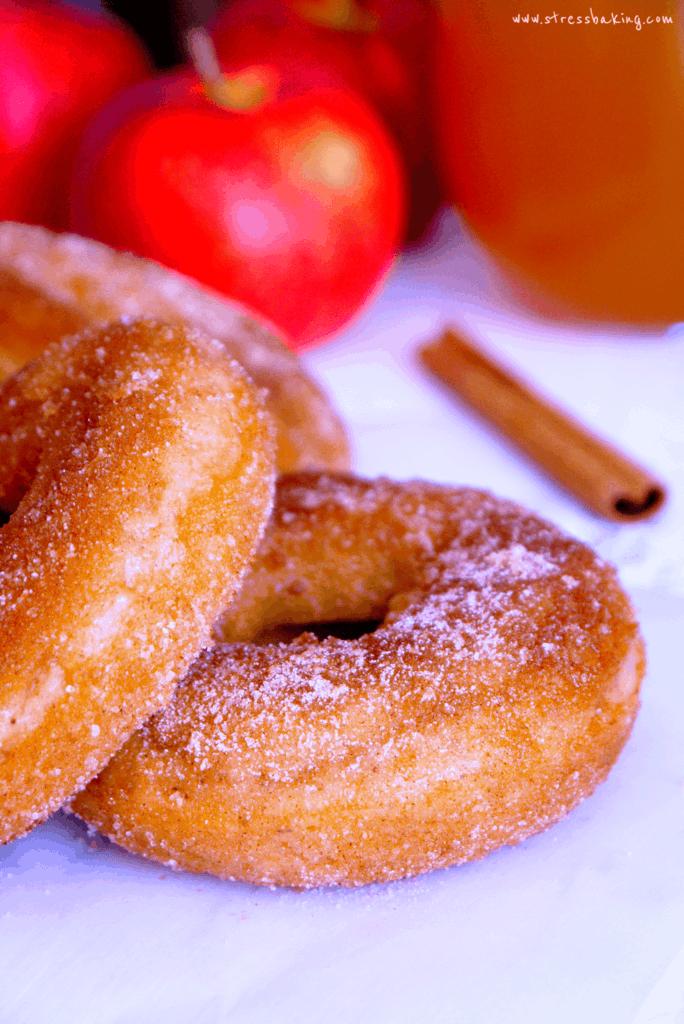 But if you’re more my speed and want to slather everything in sugar, these are just perfect. Not to toot my own horn or anything, but… well, yes – I do want to toot my own horn. I’ve seen many recipes that included nutmeg and cloves and I didn’t include either. I wanted the cidery goodness to be the showstopper here, and not cover it up with spices.
I would only recommend storing them for about a week, but who are we kidding here – you’ll finish them long before that. 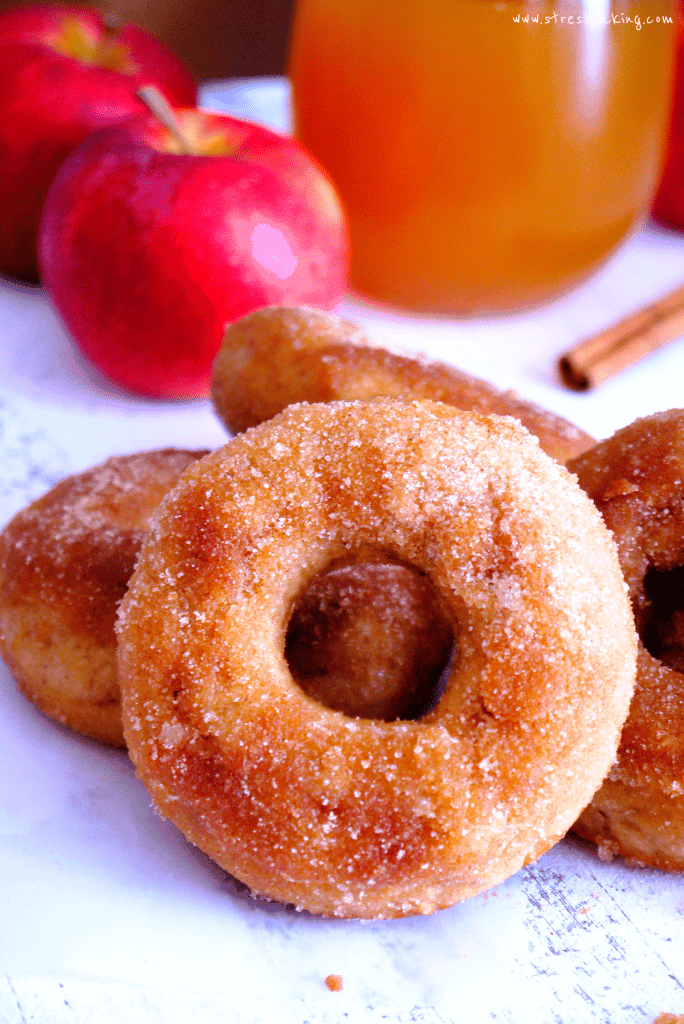 So… are you a cinnamon sugar-coated donut person, or a plain donut person? I promise I won’t judge 🙂
Print

A classic fall favorite, these apple cider donuts are coated in cinnamon sugar and baked – not fried!

Should you need to make your own buttermilk, just fill a measuring cup with 1/2 cup of regular milk and add a teaspoon of either white vinegar or lemon juice. Let it sit out for about 10-15 minutes and you’ll notice it start to curdle. Stir it a couple times, and then add it in when needed. I never, ever buy buttermilk because I don’t use it often enough to justify the purchase, so I do this all the time.

Note: This post was originally published in February 2014 but has since been updated with revisions for clarity and to include shiny new photos.
74shares

Hi there! I’m Leslie. I use baking as an outlet for relieving stress and anxiety. I’m self-taught, and always seeking recipe inspiration so I can provide you with easy to follow homemade recipes. About Leslie >>