Some people have asked me where I came up with the title “Stress Baking” as the new brand for the blog and I figured it wouldn’t be the worst thing in the world if I wrote a post about it and let you into my brain a little bit more. Actually, that could go horribly, horribly wrong… eh, what’s the worst thing that could happen, right? Right. 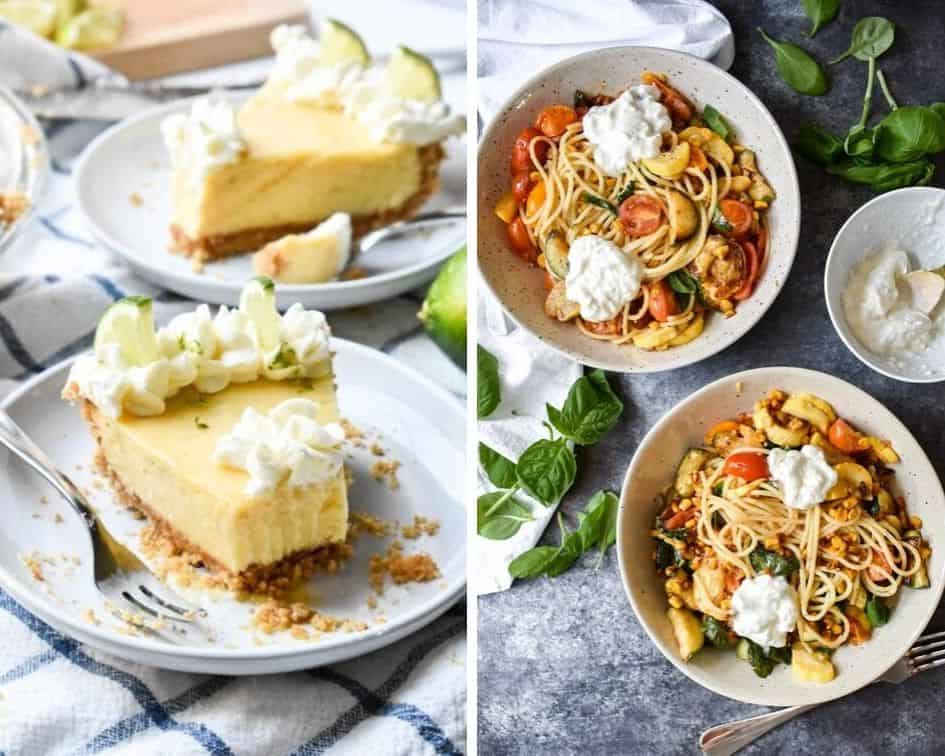 I’ve always liked baking. Cooking, not as much. But baking… I don’t know what it is about it, but it’s therapeutic. I have OCD, so having something that incorporates process and creativity is ideal for me. You can come up with a delicious idea and then pour it out in the form of batter and sprinkles.

I’ve discovered that most people don’t realize there’s a difference between cooking and baking. When someone says they like to cook, that doesn’t mean they have any clue how to make a cake. According to Wikipedia:

“Baking is a food cooking method that uses prolonged dry heat by convection, rather than by thermal radiation, normally in an oven, but also in hot ashes, or on hot stones. The most common baked item is bread but many other types of foods are baked… The art of baking remains a fundamental skill and is important for nutrition, as baked goods, especially breads, are an important but common food, both from an economic and cultural point of view. A person who prepares baked goods as a profession is called a baker.”

FYI: it’s not often that I make bread. But I agree that my cupcakes and cookies are important for nutrition and are important foods from an economic and cultural point of view. If by all of that we mean they’ll destroy your diet and turn you into a person who eats mascarpone frosting by the bowlful, then that is all 100% accurate.

Maybe I like baking more than cooking because generally speaking, it’s prettier. Chocolate cupcakes with a pile of spiraled buttercream frosting topped with nonpareils (aff link) and fresh fruit is more aesthetically pleasing than a bowl of spaghetti. Well… it is to me, anyway.

Plus, it’s easier to share baked goods with others – I can fill a container with freshly baked cookies and bring them to the office for others to enjoy and that is considered more acceptable than plopping down a giant bowl of macaroni and cheese. 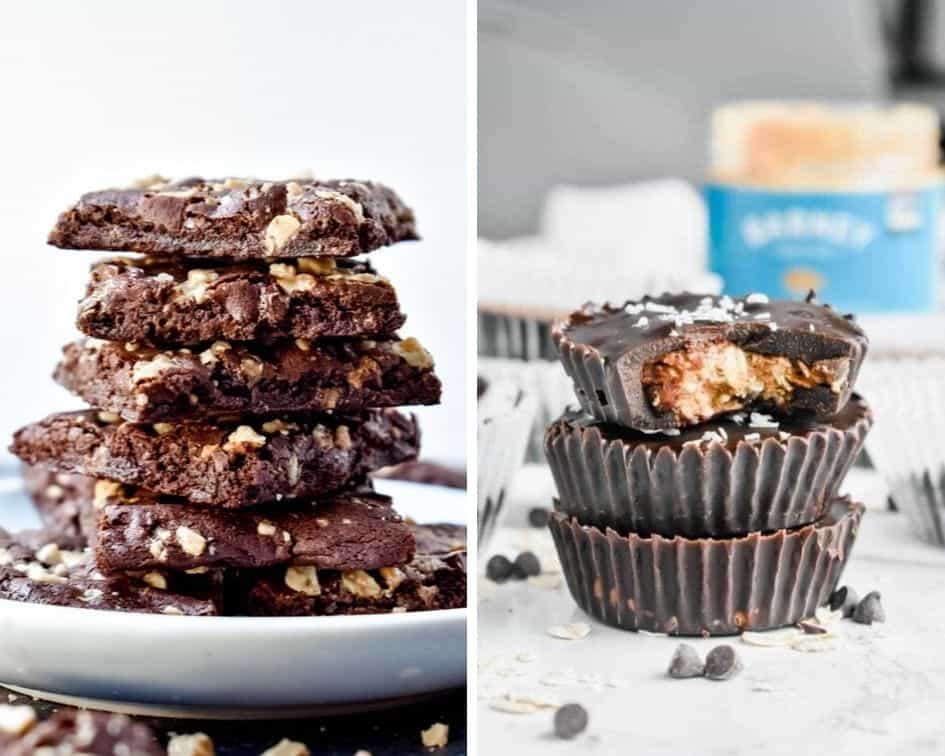 The appeal of “mini” and individual servings

I prefer making individual serving sized treats, unless I’m making something for a big group of people where I know it’s just going to be annihilated without leftovers anyway. Instead of an entire cheesecake, I make “mini” cheesecakes in a muffin tin (aff link).

Having single servings makes it easy to distribute and is generally more sanitary, too. Someone could stick their face into a cake out of sheer excitement and ruin the whole thing. Whereas if they shove their face into a cupcake, chances are they’ll just get a little frosting up their nose and move on with their day.

It also makes portion control easier, and lets me try different things in a single batch of a recipe to see what I like best. For example, if I want to try three different colored batters to see which one goes best with the frosting I’ve prepared, I can just split the batter into three bowls and pour them into the prepared muffin tins separately and see how each of them comes out.

If something doesn’t work out well it makes me feel better to know I only wasted a third of my recipe instead of the whole thing :) 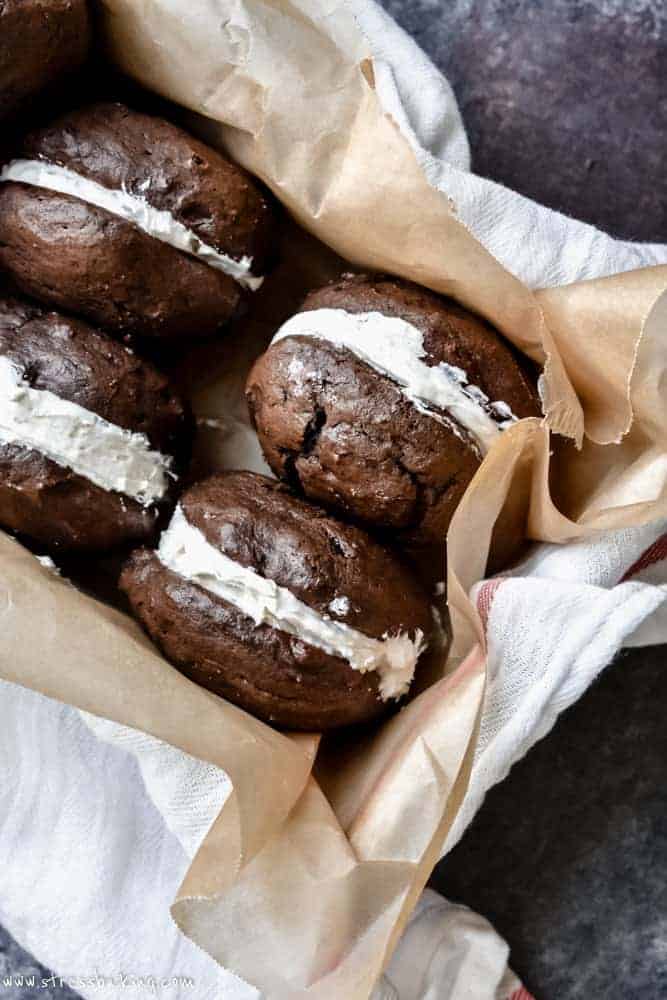 OMG. Get to the point!

Oh, right – you wanted to know why this blog is called “Stress Baking”. To be completely honest with you, it all comes down to a sense of accomplishment. Baking is something I can control, I can do well (unless my QA’ers are lying to me), and I can share with others.

I can produce something visually appealing and tasty, and that makes other people happy. Who’s going to say no to homemade free food? No one, that’s who.

My job can be stressful and frustrating. The pets can drive me up a wall. My health tends to be in ruins and with that is its own breed of stress.

All of these things pile on and turn me into a bitchy, tired, generally unpleasant person to be around. But you know what helps? Baking. I can channel all that frustration into a batch of cookies and not only does it take away my horrible mood, but it allows me to share that joy with others. Maybe I can’t say they’re made with love, per se, but telling people they’re made with stress isn’t particularly appealing.

These days, things are never easy. The world is a screwed up place with a lot of horrible things that happen every day. People are without food and shelter, natural disasters take lives, planes go missing, and hit TV shows you spent nine years of your life invested in end terribly. I can’t do much about most of that, but I can proactively try to make the world a slightly sweeter and more delicious place.

And that, my friends, is why this blog is called “Stress Baking”.