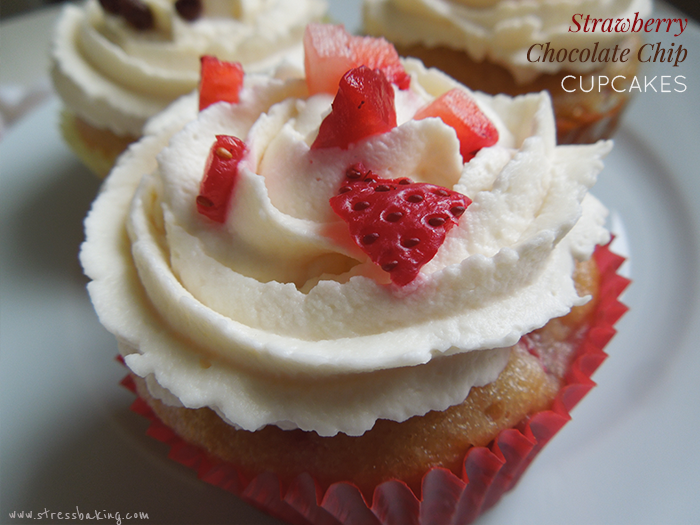 Recently, I experienced one of those “faith in humanity restored” moments. This very, very rarely happens to me and I’m pretty much a huge pessimist at this point in my life – but this actually reduced me to tears because I was so overwhelmed.
I received an email one day from a gentleman who had come across my blog and just so happened to live a few doors down from us on our street. He’d seen us around with Penny and recognized her on the blog (guys – she’s totally famous now) and figured out we were neighbors. This world seriously can’t get any smaller. He suggested that the boyfriend and I get together with him sometime for drinks, and I explained that we would have to take a rain check on his invitation for the time being due to a personal matter that was going to sort of prevent me from being much of a party guest for a few weeks. Don’t be alarmed, everything is okay now! I don’t want to get into great detail, but it was a health matter that has since been taken care of and everything is hunky-dory again. Also, who came up with the expression “hunky-dory”? And why am I using it when I have no idea where it came from? Anyway. 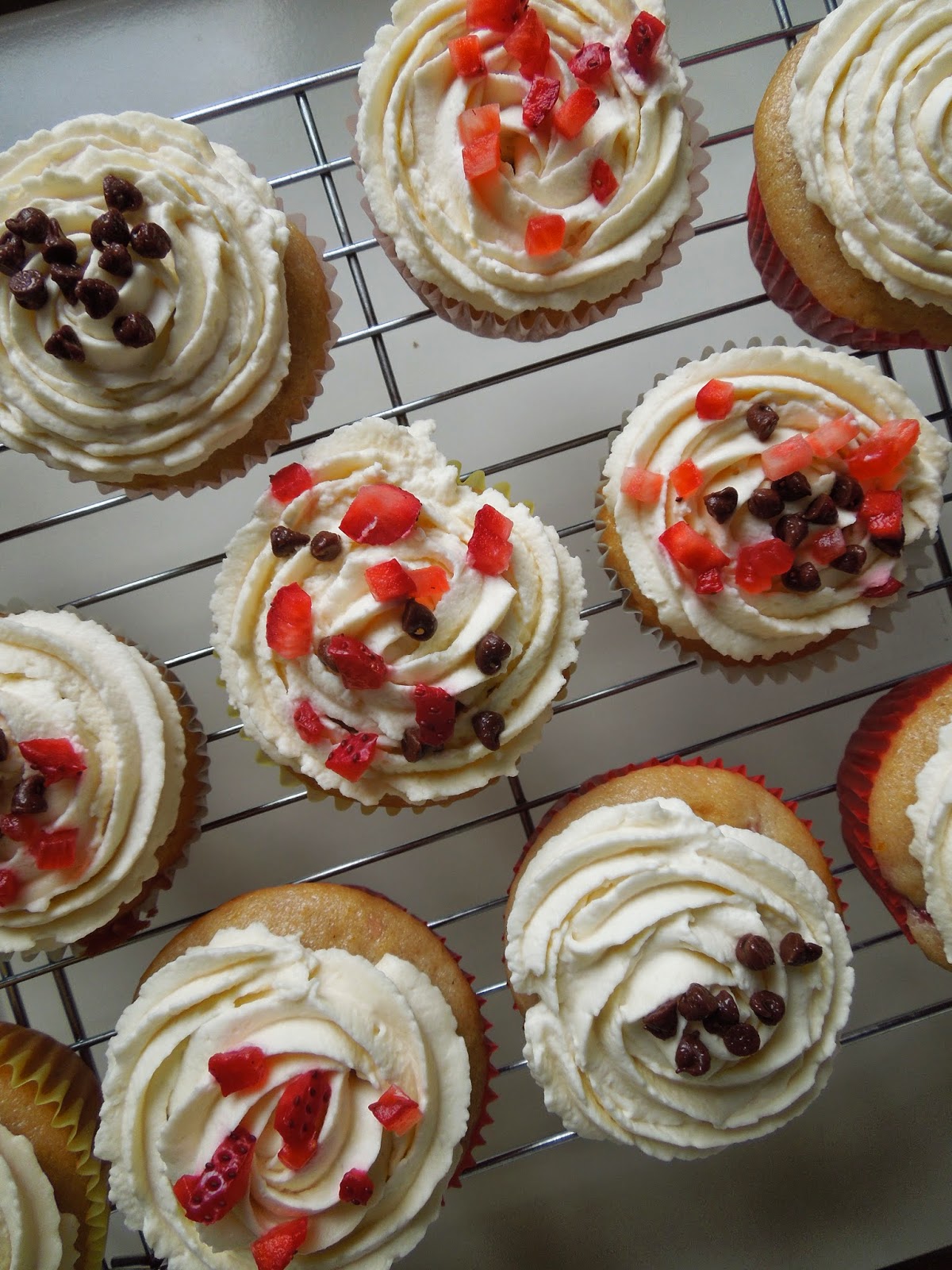 The following Saturday morning Penny went through her typical ritual of smacking me in the face to let me know she wants to go for a walk (and no, I’m not exaggerating – she literally smacks me in the face with her paw if I’m not already awake). I stumbled out of bed, threw on my jacket and boots and we went on our way. I was still pretty groggy and since our neighborhood doesn’t have sidewalks I tend to stick to the side of our house, away from the street, when I know my reflexes aren’t at their best. The last thing I need is to get hit by a car to kick my shoes off in a fit of joy.
So I just took a little turn around the house and walked her down to the lake. We couldn’t have been out for more than four or five minutes before we returned to the front door and I find a big box of groceries from a local farm stand that, by chance, we like to frequent. I thought for sure that a delivery meant for one of the houses near us landed on our porch by accident. I checked the box and found no evidence of a delivery address, receipt, a note… nothing. I had to ask the boyfriend to carry the box in because it was practically too heavy for me to pick up. I looked through the box and found a bouquet of flowers, eggs, orange juice, strawberries, blueberries, bread, bacon (GOOD bacon, too), cheese, scallions, parsley… the list goes on. I was at a loss of what to do. If these were someone else’s, I don’t want to keep them – but with no way of knowing who they were for, I also didn’t want them to go to waste. I sat at the kitchen table and stared at the box, pondering its fate. A short time later, I heard the new mail notification on my computer. In my inbox, I find an email from the neighbor who had emailed me the day before.

Grabbed you guys a few things from the farm stand. Felt like a good day for a 3,000 calorie brunch.

I was so completely overwhelmed by this almost-total-stranger’s kindness and generosity that I burst into tears in the middle of the kitchen. Mind you, I was pretty stressed at the time and not getting much sleep which I’m sure contributed to how easily I started crying… but still. Who does that? Drops off a box of fresh, local groceries for someone they’ve technically never met? No one. No one does that.

I immediately replied to thank him for his ridiculously unnecessary, but unbelievably appreciated, gift and then set out to make something with the ingredients in the box to drop off at his house as a thank you. 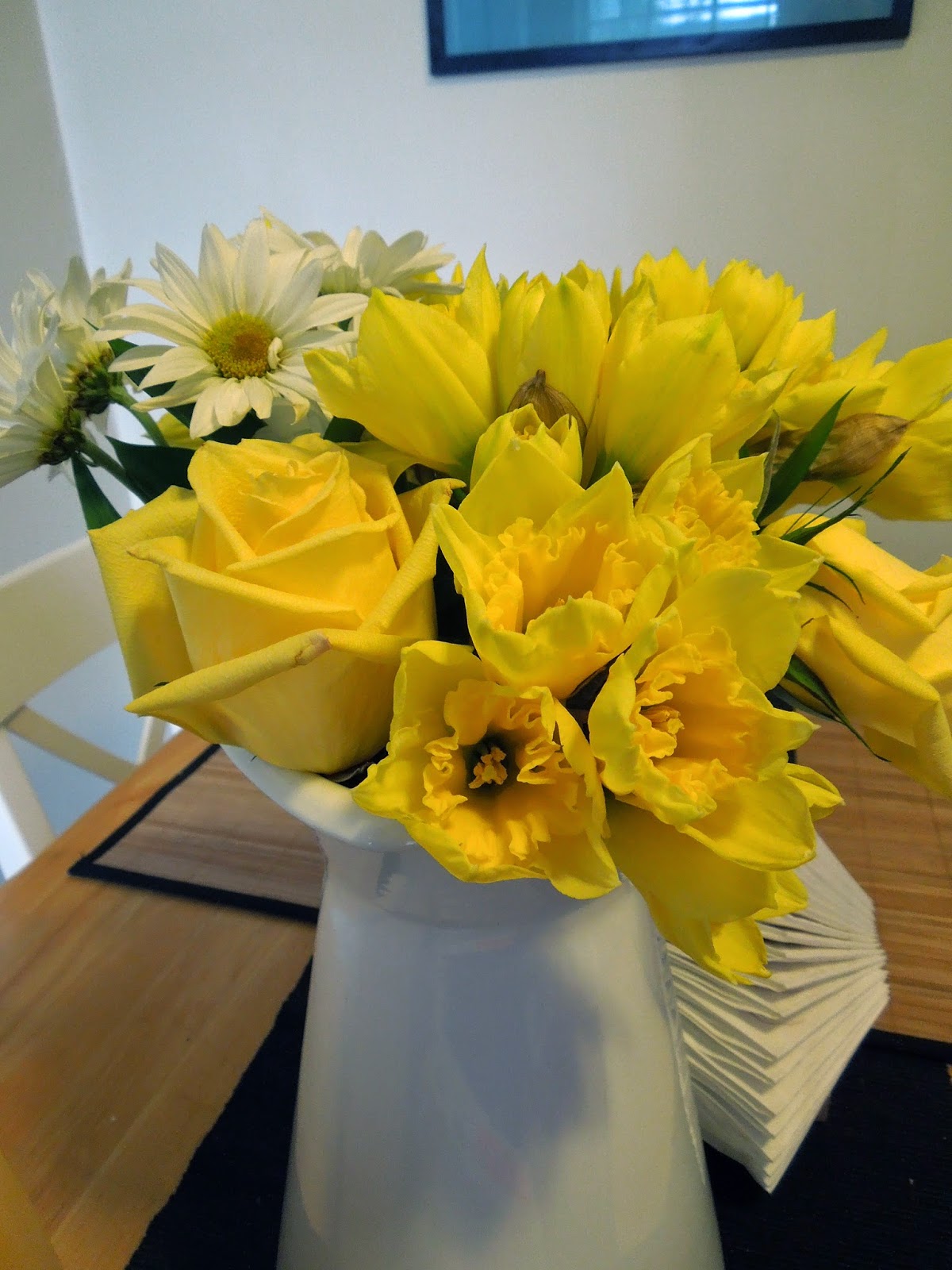 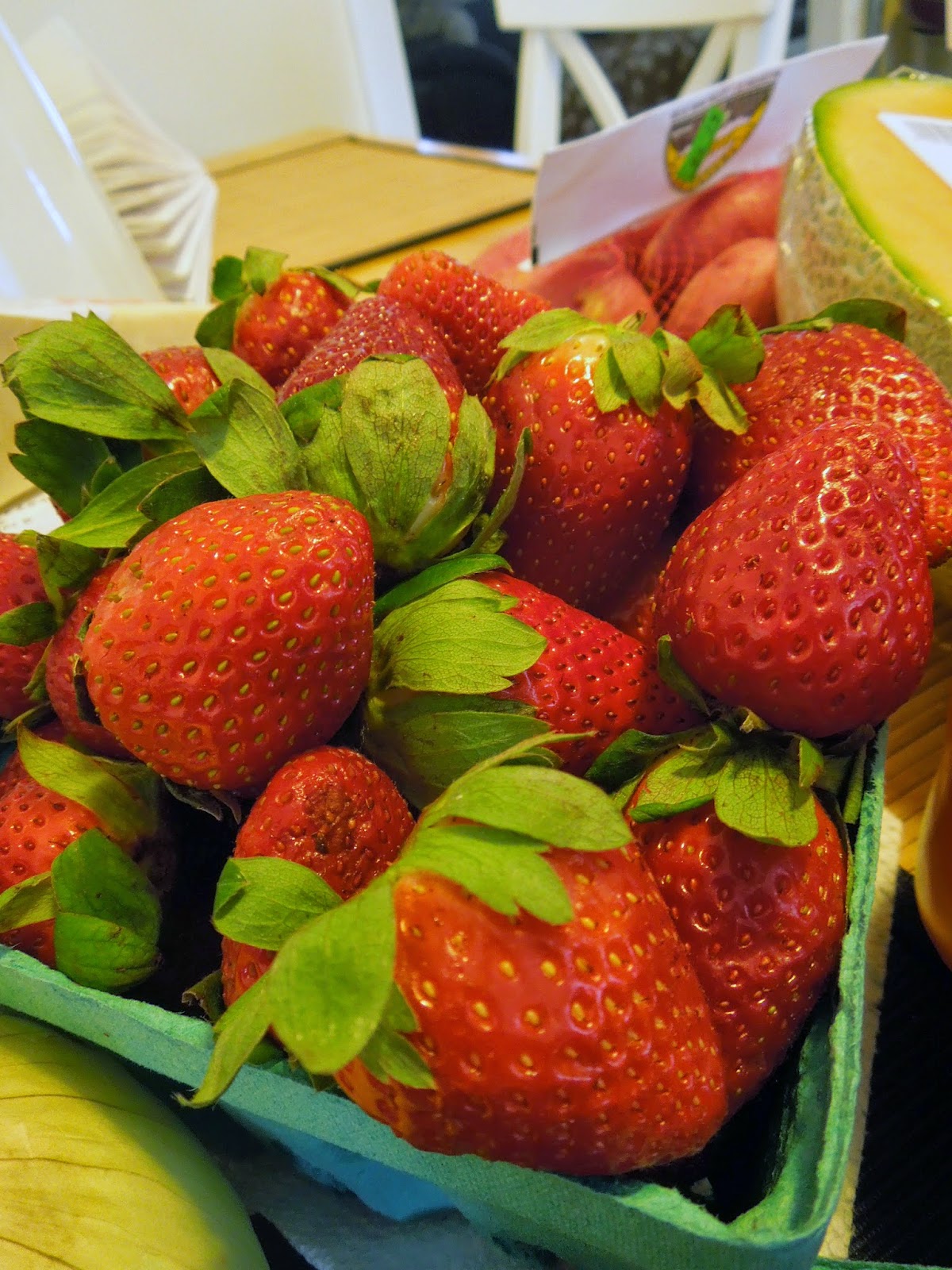 Aren’t the flowers beautiful (the daffodils were in the box, the rest I had on hand and I mixed them in)? And the strawberries… man, I love strawberries. Since there were also eggs in the box, I decided on either strawberry muffins or cupcakes. And since muffins are basically just cupcakes without frosting – and frosting is the best thing ever – I went with cupcakes. And of course I had to add chocolate, because… chocolate. 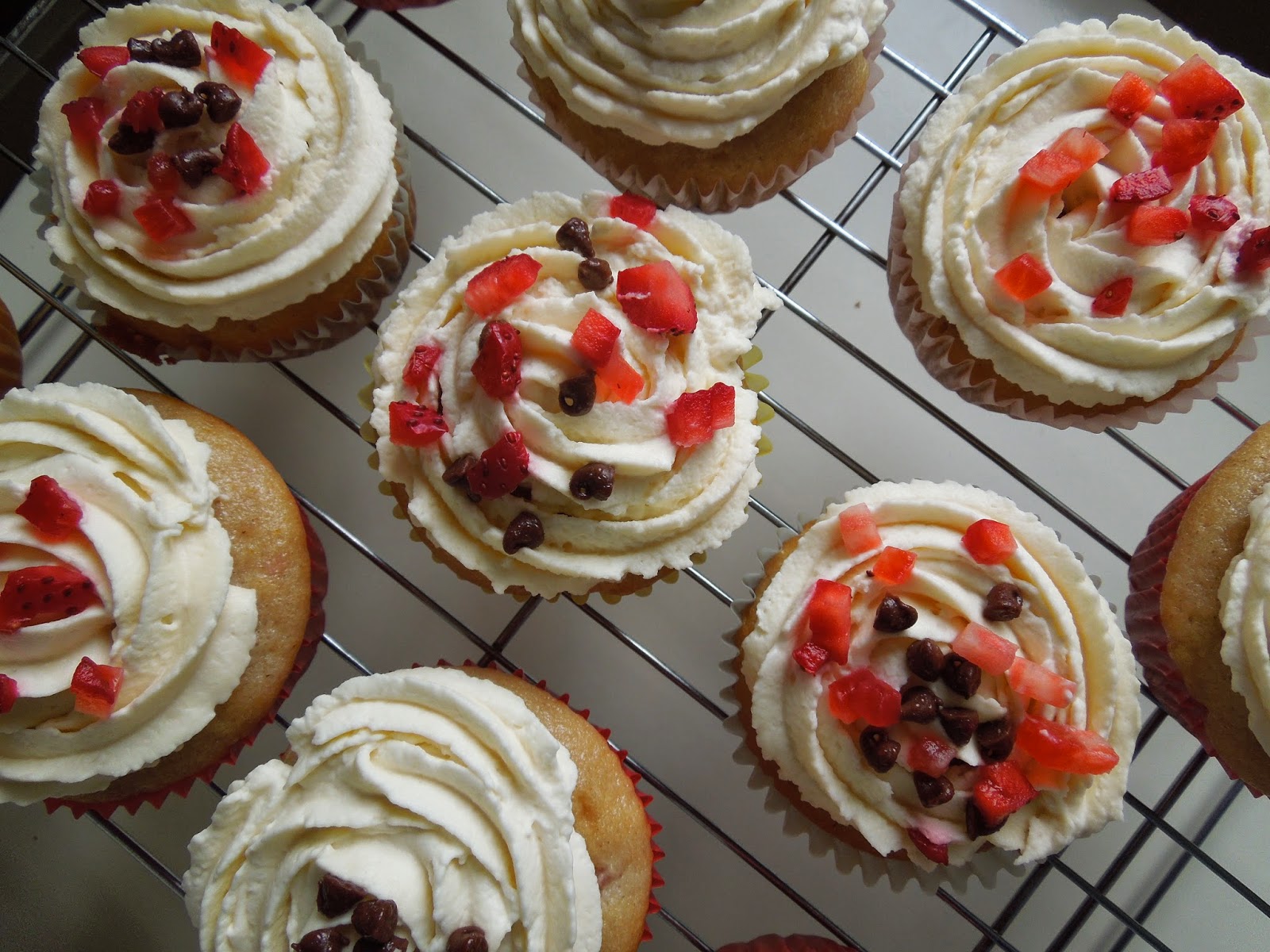 Surprise, surprise – the frosting is my favorite mascarpone whipped cream frosting. They’re light, fluffy, and full of sweet fruit and chocolate. I loved the way they turned out and will definitely be making these again soon. 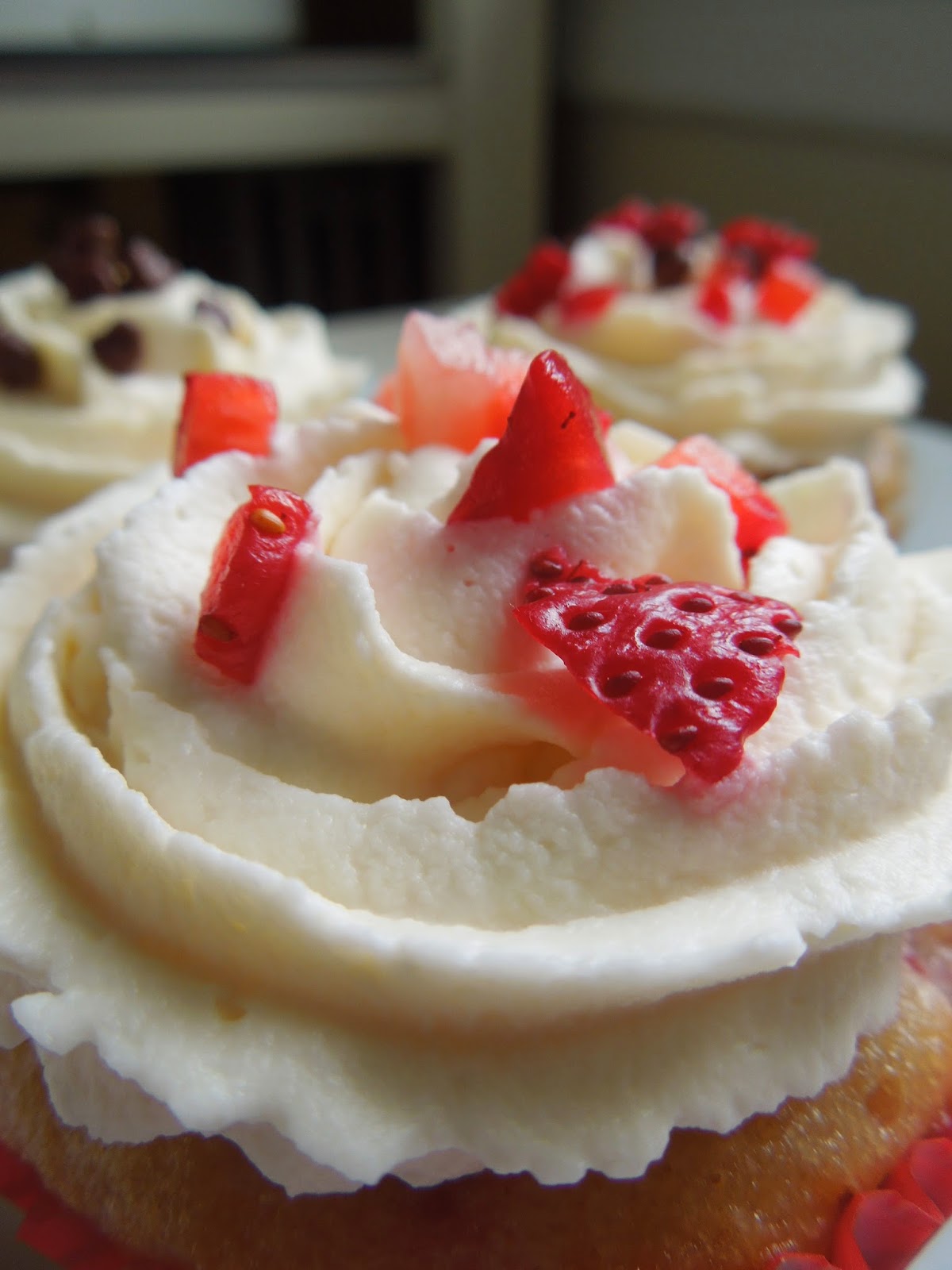 And as an added bonus, Penny had a new toy. But then I discovered dogs don’t love boxes the way cats do. She just sat there like this, patiently waiting for me to tell her she could get out. Oh, well, I tried. 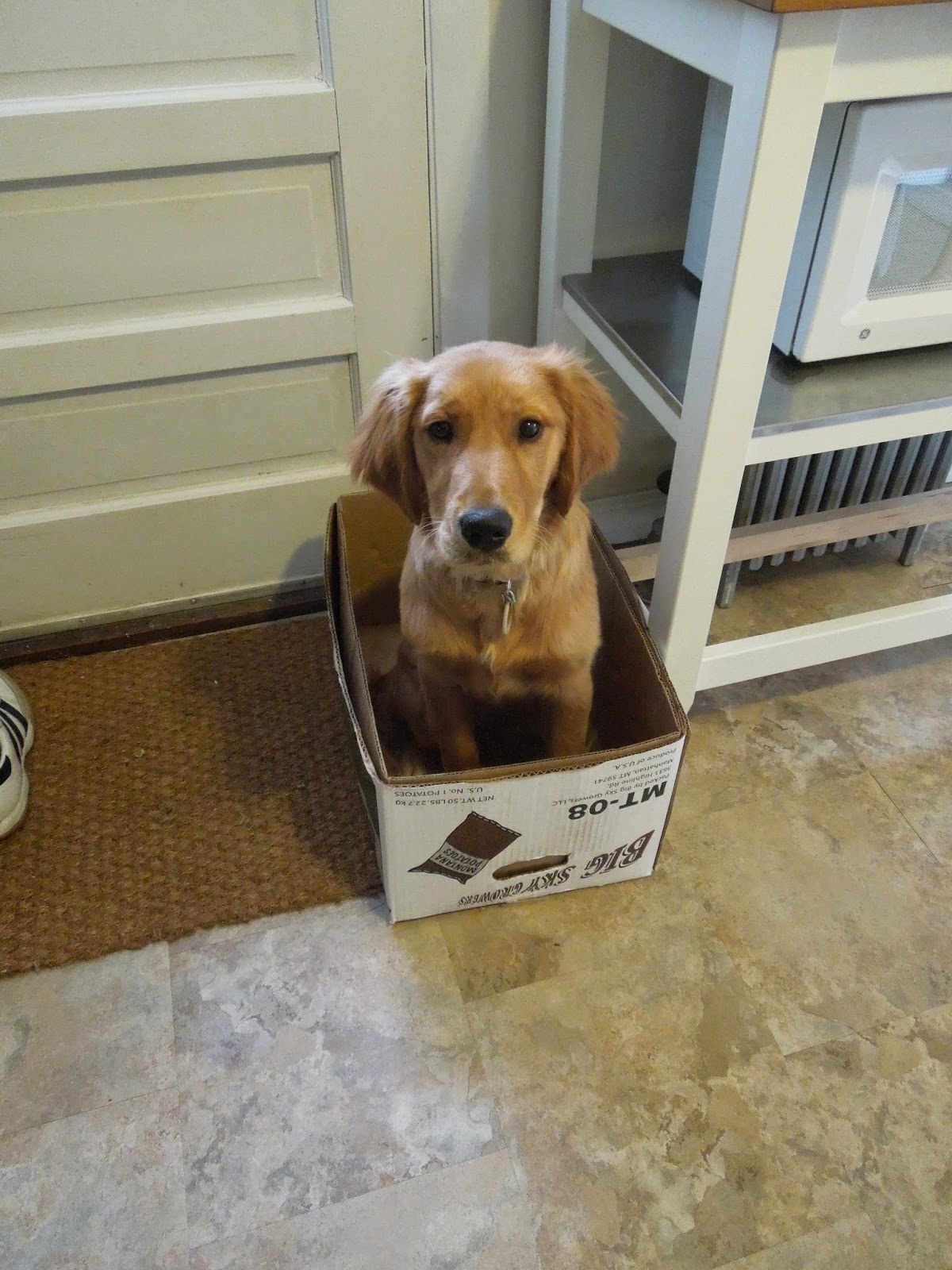 Make sure you don’t add the fruit and chocolate garnish until you’re ready to serve them – it bleeds into the frosting a little. And since it’s best to keep these in the fridge until serving the chocolate develops a little condensation, as you can see in the photo below. 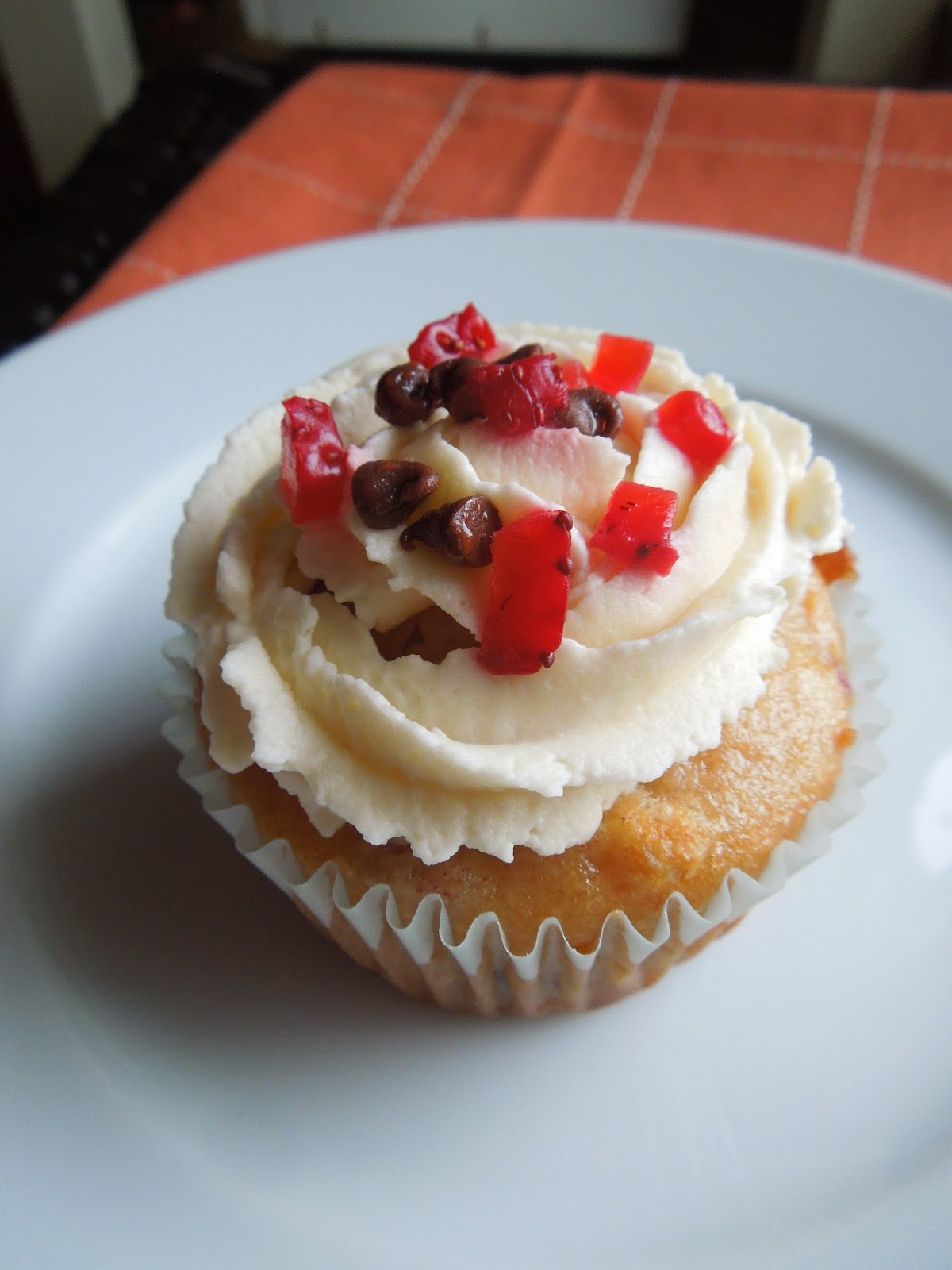 1) Preheat the oven to 350º. Prepare a muffin pan with cupcake liners and set aside.

2) In a large bowl, whisk together strawberries, egg, sugar, milk, oil and vanilla.

3) In a medium bowl, whisk together flour, baking powder, baking soda and salt.

5) Pour batter into prepared cupcake liners, filling each cup ¾ full. Bake for 16-20 minutes. Let cool in pan for a couple minutes and then transfer to a wire rack (aff link) and allow them to cool completely.

While cupcakes are cooling, prepare the frosting!
1) In a large bowl, combine mascarpone cheese, sugar and vanilla on a high speed until completely combined.
2) Add heavy cream and mix on a low setting until it is mostly combined. Now increase speed to high and whip until stiff peaks form – it may take a little while, so be patient!

3) Once cupcakes have completely cooled, fit a piping bag with desired tip and frost your cupcakes to your heart’s content. Top with diced strawberries and mini chocolate chips. Enjoy!

*Best served same day or the next. Don’t top with diced strawberries and/or chocolate chips until ready to serve as they may bleed into the frosting. It’ll still taste great, but it just won’t be the prettiest sight. 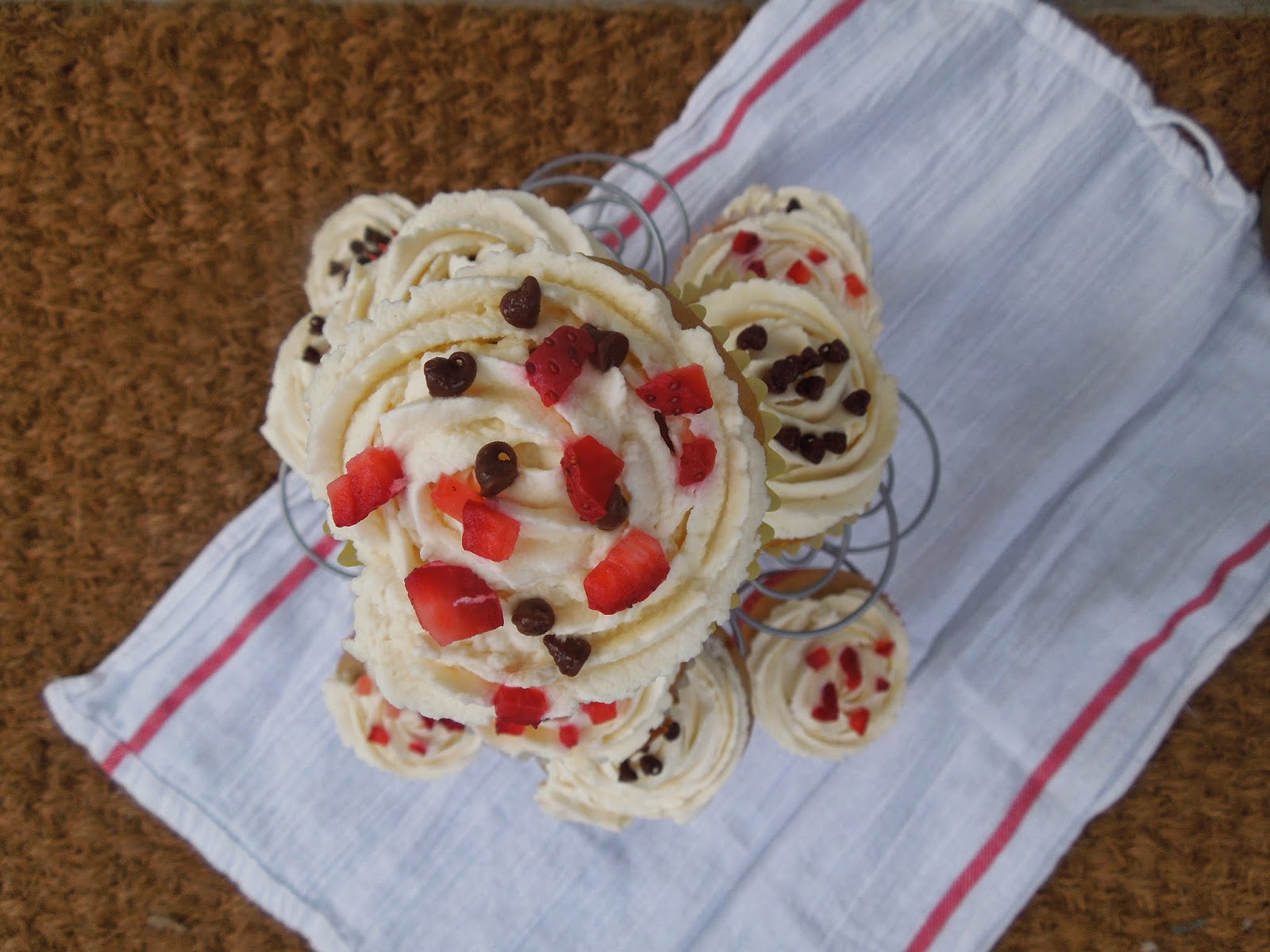