Home » Life in New England » Servings of Reality » an exciting announcement (and no, it’s not a baby)
0shares 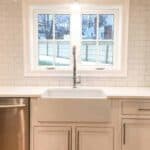 A bunch of people have asked why I’ve been a bit absent and less engaged on social media, and lacking in the new recipe posts department (which is super sweet, by the way – thank you for your concern!), so I figure now is as good a time as any to share what’s been keeping me so busy offline lately… 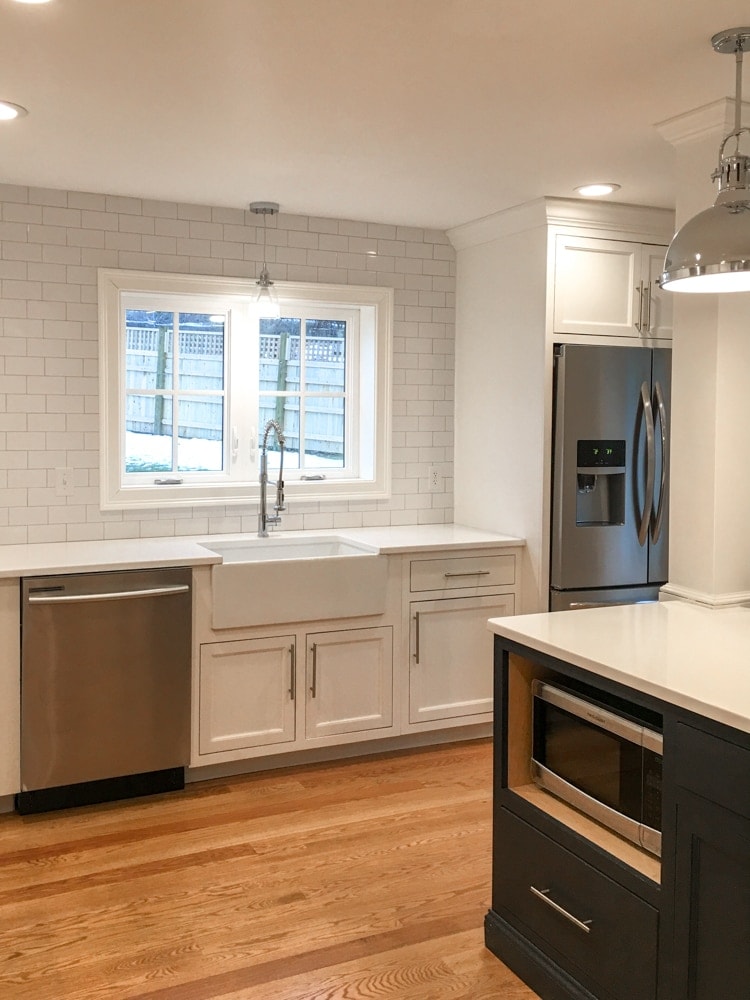 We bought a house! There’s a story behind this that I want to share, because buying this house feels like pieces of a puzzle that are finally being pressed into their rightful places. But before I get into that, I have to talk about what happened with Winter Storm Riley/the worst nor’easter ever™ last week.

The ferocious seas off #Scituate. Thanks MA Coastal Coalition for sending the video. pic.twitter.com/wuCim4RqON

It wouldn’t be standard Leslie Luck to have a good thing happening without something less good to balance it out (I know that sounds super cynical, but it’s just plain true). Early in the week last week there were murmurings of us getting a nor’easter at the end of the week – nothing new for our area. Beginning of March in New England, “in like a lion”, etc. etc.

As the week progressed, they started talking it up to be worse than the storm we got at the beginning of January – and that one rivaled the records set by the historic Blizzard of 1978.

By Wednesday, they were saying it would be as bad as The Perfect Storm. No, not the movie – the actual storm in 1991. Although, that was based on the actual events from ’91 so… yeah, sort of the movie.

By Thursday morning, they were calling for evacuations for many towns on the South Shore (where we live). After much back and forth and deliberation, we decided to take the advice and bail. We packed a few days worth of clothes, some food, and everything the cats would need and retreated to stay with family a safe distance from the potential damage.

Really long story short, our entire town (as well as all the neighboring towns) lost power from Friday into at least Sunday and our house became an island surrounded by water. Impassable roads, fish swimming in the streets, downed wires, people stranded and freezing.

We’re going back today during daylight to assess the damage and try to get in (which likely means we’re going to be doing some swimming, so we bought all the necessary equipment to do so as safely as possible). If we’re lucky, our biggest problem will be that we have to throw away all our food since we were without power for so long. And that includes ice cream, you guys. I’M GOING TO HAVE TO THROW AWAY ICE CREAM. Total crime against humanity. But in all seriousness, I’m thankful that whatever we’re going back to isn’t a house that’s crumbled into the ocean and that we’ll likely still have most/all of our belongings in tact.

So, with all that said, this storm was awful and while it definitely could have been worse for us personally had we stuck around for it, I feel awful for everyone affected. Some people have lost their homes, several lost their lives, and it’s going to take a long time to recover for many areas around us. It happened a few weeks before we close on our new home, and seems like a pretty fitting send off before we move into a house at higher elevation that won’t get hit the way our current home does during these awful storms. I have to give the biggest thank you ever to Bill’s family for taking us in at all, let alone for almost five days and for letting us leave the cats with them while we got everything back in working order.

Now – onto the GOOD part: the house we’re buying. 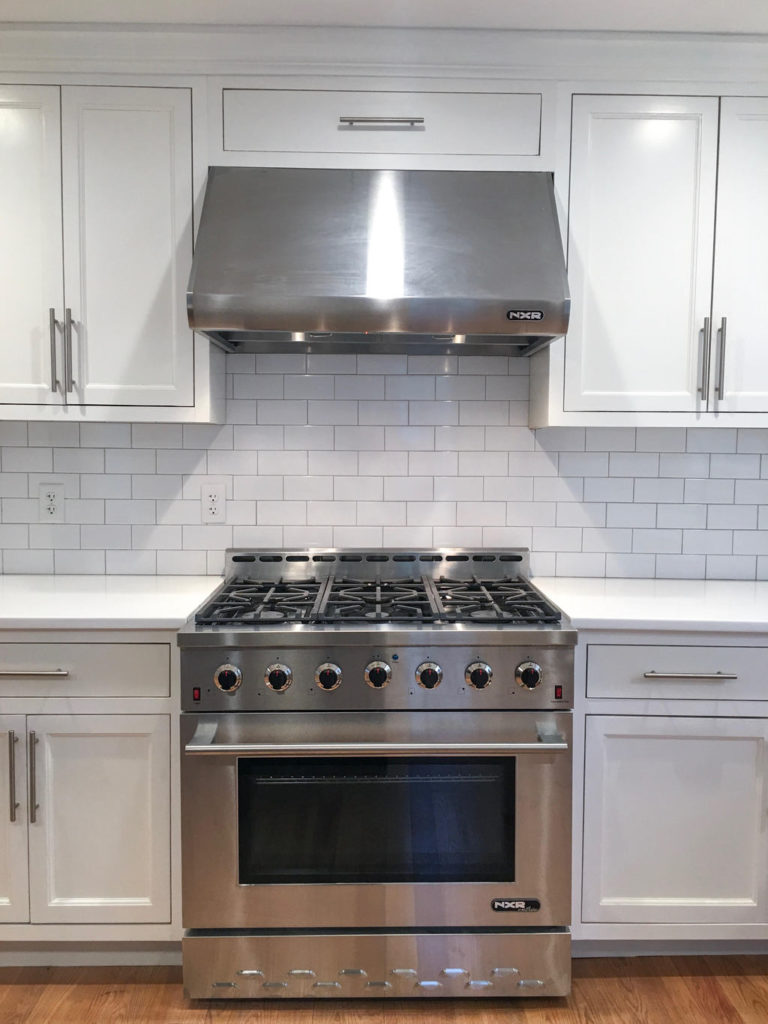 This house used to be crumbling apart and falling into the earth. No, really – the front half of the house had sunken into the ground, the foundation was nonexistent, the porch was more like a slide, a gigantic tree was completely consuming the structure and almost growing in through the windows, and it was all roped off with yellow caution tape. It looked like a damn crime scene. I used to walk past it and say, “Good lord, why don’t they just knock this eyesore down already?!” It’s in a beautiful, historical area that’s surrounded by other beautiful, historically homes and it stuck out like an ancient, diseased sore thumb.

One day, we noticed construction vehicles showing up on the property. “FINALLY. They’re going to demo it.” Demo it, they did not. They were rebuilding it without tearing down the original structure. Taking it apart in small sections and replacing it, piece by piece. I thought they were completely insane.

Fast forward a year and a half later to fall 2017 when it’s completed, and it’s the home of my dreams. A classic two-story Victorian 1850’s farmhouse with a three-sided porch, complete with rocking chairs and beautiful ornate railings. I found the listing online and I fell in love. I made note of the next open house and made a plan to stop in. I toured the property and fell even more in love with it, and got a history lesson from the super friendly realtor, who also happened to have been a part of the renovation project. The house is a historic property, which is why they didn’t just tear it down and start over. They kept as much of the original external structure as was feasible, and then recreated the rest to keep it historically accurate. The inside, however, got a complete overhaul so that it was more modern. You wouldn’t believe the photos of the original interior – all the rooms were tiny, cluttered, and dimly lit. The staircase was frighteningly narrow and steep.

For the renovation, they replaced the staircase with something much more modern, safer, and less claustrophobic. They eliminated all the tiny rooms and gave it a more open floor plan with tons of natural light, and opted for light paint and tile colors (mostly whites and grays, with a couple nautical accents thrown in). As you can see, the kitchen has mostly white cabinets, white countertops, and white subway tile – Pinterest perfection. 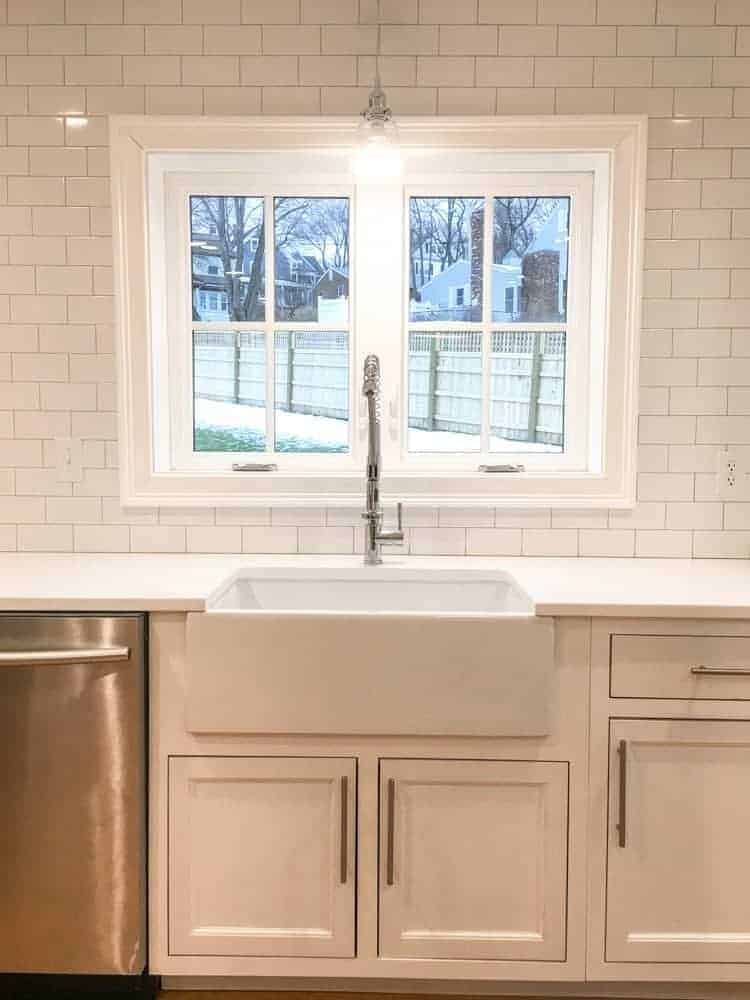 After I got home from the open house, I told Bill about it and he was intrigued. The next time we were both available during one of the open houses, we dropped in. Now Bill was hooked, too.

We talked to the realtor about the timing of the sale and they were definitely looking to sell as quickly as possible, and since we still had more than six months left on our current lease, we know we weren’t in the place to make an offer. We were disheartened, but logic prevails.

Here’s the kicker in all this: We can see the house from our current home. Every floor of the house, we just look out the back windows and BAM! There it is. We can see the cars come and go from open houses, and every time we noticed people pulling into the driveway we felt sad about the prospect of someone else moving in. Bill and I would talk about the house’s shortcomings in an effort to talk ourselves out of wanting it.

“It doesn’t have a fireplace, and we said we really wanted that, so…”

“There’s no garage, and that was something we decided we needed.”

“Remember the weird angled closets? Those would be so awkward.”

“The only bathtub was super small, and you know how much I like my baths.”

I had put in my notice at my job and knew that by the end of December, I’d be unemployed. Sure, I had planned for this and had savings – but buying a house would just be silly under those circumstances.

At the end of the year, we found out there was a pending offer.

We kept researching other homes in the areas we were considering, and found plenty that would suit our needs. We said we would wait until the spring before we actively pursued any leads so that we didn’t find ourselves in the same position where we found a house we loved, but weren’t prepared to bid on.

A month later, we saw that it was back on the market and I couldn’t help myself. Maybe this was a sign! Mind you, I don’t really believe in signs, but what the hell. I reached out to the realtor, and he let me know that another offer was already in progress. My heart broke all over again. We still weren’t ready, and it was still too early to make that kind of move. Logic, Leslie. Logic.

Another month later on a snowy Thursday morning, I get an email from the realtor that the latest offer had fallen through and he wanted to know if we were still interested. Guys… I freaked the fuck out. I immediately messaged Bill at work with a lot of “OMFG” and “WHAT DO I DO”s and we agreed that we should go talk to him.

That Saturday we met at the house and discussed details. That Sunday afternoon we made an offer. That Sunday night our offer was accepted. That Monday we put down a deposit and I went to my first day of work at a new job. Within two weeks we had signed the Purchase and Sale and started shopping for appliances and curtains.

I’m not one for “signs” or fate, but I actually believe this was meant to be our home. The best part? The realtor thought so, too. 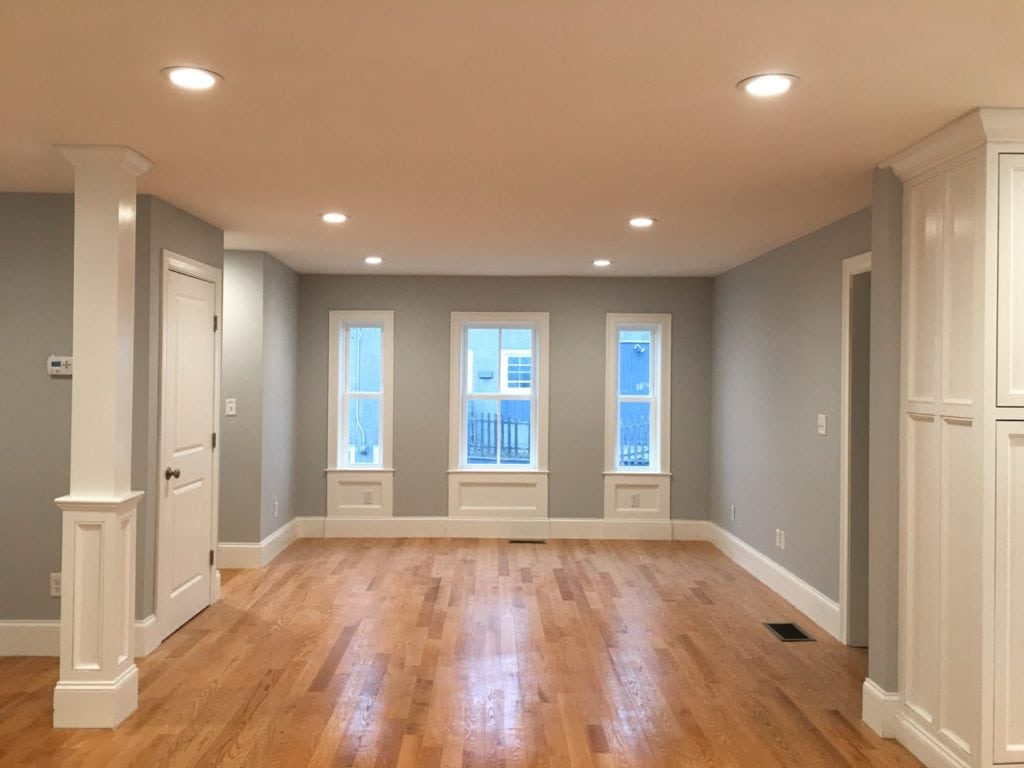 We’ll be closing on the house in early April and doing a gradual move over the course of the month, so I’m going to do my best to stockpile some posts so that I don’t go dark on you during that time (but no promises).

Me being me, I’ve already created a bunch of spreadsheets, to do lists, and Pinterest boards with ideas. If you’re curious and want to have a look into my hyperactive, home-obsessed brain, follow my board:

If you’re not into Pinterest, here are a few highlights. Heads up: The following may include affiliate links, so if you make a purchase through these links, I may earn a very small commission that will help fund my impending home projects (thanks, friends!):

I cannot wait to start creating recipes from my shiny new kitchen. You know, once I stop fawning over it like a domesticated fan girl.

Hi there! I’m Leslie. I use baking as an outlet for relieving stress and anxiety. Always seeking recipe inspiration to provide you with easy to follow homemade recipes and a little humor. About Leslie >>