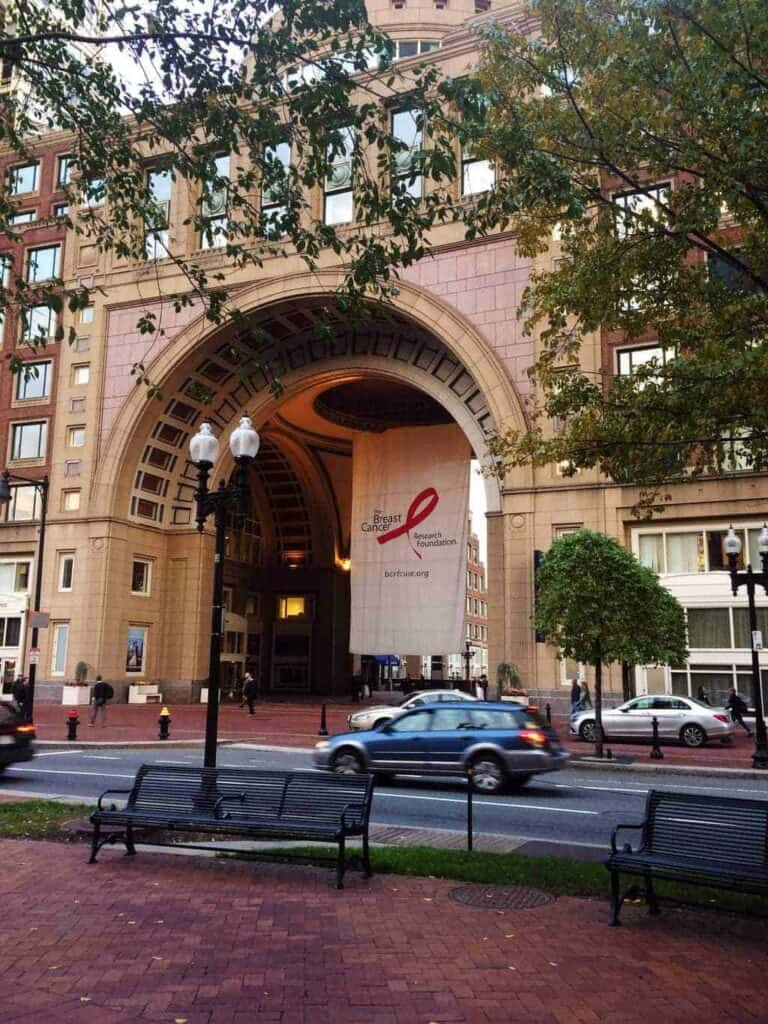 I have at least a dozen new recipe ideas in my head right now. And I have probably six new recipes with pictures that are ready to be edited and tossed into posts. It would just require me to set aside a few hours and do it, but unfortunately there’s something more pressing taking up my time. I hate that I’ve been so absent in recent months, so I feel like I should let you all know what’s going on. Plus, I walked past this big, beautiful banner hanging at Rowes Wharf and it seemed like maybe it was a sign that it’s time to speak up. And frankly, this still doesn’t seem as terrible as this year’s election.

I’ve recently been diagnosed with polycystic ovary syndrome (PCOS), late stage endometriosis, and early stage breast cancer. I’ve begun hormone therapy and will be scheduling a minor surgery in the near future. I had to say goodbye to coffee (quiet sobbing), I’ve stopped wearing makeup because my skin is rebelling against me in the process, my energy level has plummeted, and I’ve become buds with the local pharmacist. I’m also learning what dollar amounts on a medical bill put me into shell shock.

That’s… a lot. All at once. I’ve tried to keep my day to day as normal as possible, but yesterday morning I got a decent dose of reality when I woke up with a killer migraine and I couldn’t take my usual medication for it because it would interact with everything else I’m taking (at least, that’s what I’ve been told). I had to stay home from work, and that’s what I’ve been trying to avoid with all of this – and it wasn’t even because of part the treatment. It was a sudden moment of “Well… I guess I can’t do it all.”

I don’t look sick. I look tired as hell, but I don’t look sick. Which is… good? I consider that to be lucky, but it makes conversations about my condition awkward. People still have it in their heads that if you don’t look sick it’s not “real”. It’s weird and I don’t get it. I know people who have extremely serious conditions who look a hell of a lot better than I do on my best day, but that doesn’t make them any less sick. It’s a stigma that I wish would just dissipate already.

It’s all going to be fine, the prognosis on everything is good and I have no reason to be worried that I won’t be back to normal soon. However, I wanted to share my story with you all to not only explain my absence, but to also spread awareness. I’m 32 years old, and with my family history I have a higher than normal risk for disease and I get screened for everything under the sun every year – and I’m glad that I do (as much as it sucks at the time) because I caught the breast cancer early. So early, in fact, that the doctor made a point of saying that she hesitates to use the word “cancer” because it’s going to be so easily taken care of. I’m lucky in that regard, but not everyone is. You know who else is lucky? Me, for finally getting to see the Cubs win the World Series – it was a night of joy that I desperately needed and it was SO WORTH IT.

Please take a moment to read up on breast cancer, endometriosis, and polycystic ovary syndrome – you’d be surprised at how many women you know that are probably suffering from at least one of them. Donate where you can, get yourself screened, and remember that just because someone doesn’t look sick doesn’t mean that they aren’t. Give them a hug and a cookie, send them cute dog pictures and just be there – I promise they’ll appreciate it more than you realize.

In the meantime, I have these furballs on my side (the boyfriend included since I consider his beard to be a kind of fur): 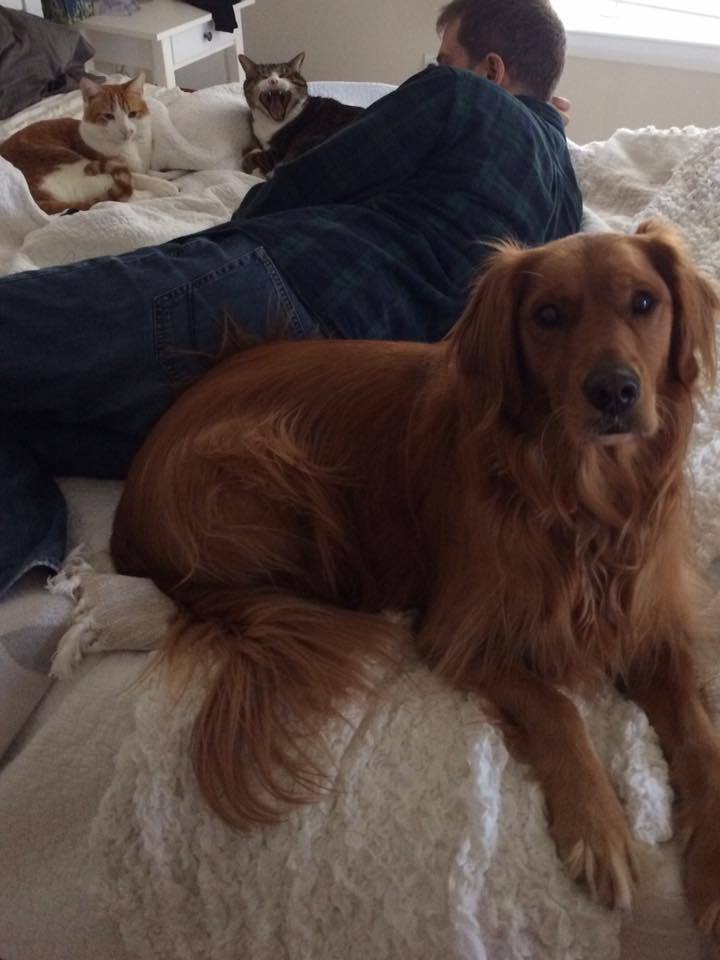