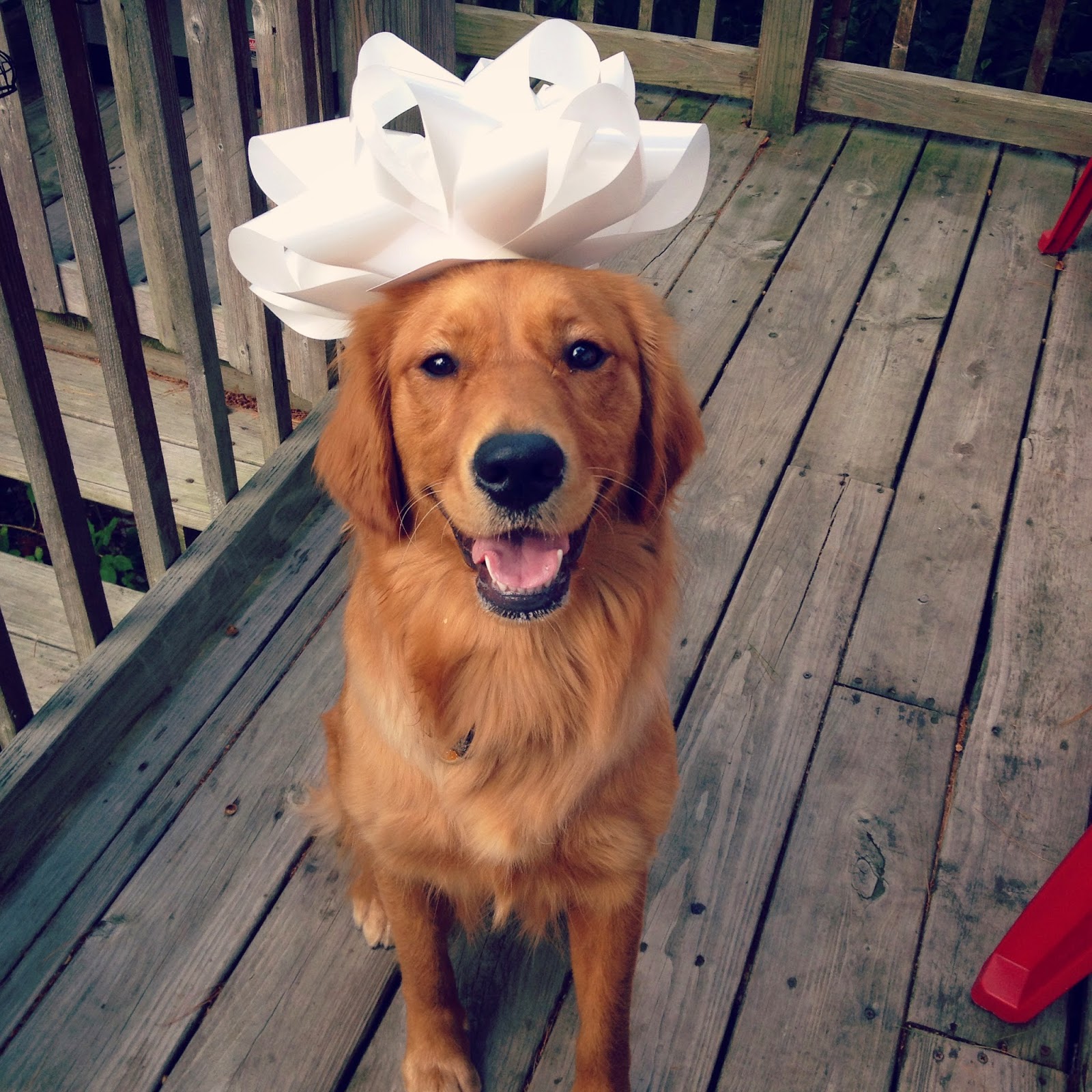 I had no idea what to do to celebrate my 30th birthday. Friends and I discussed being ridiculous and doing some sort of 80s-themed roller-skating party. I also considered just taking the day off and going apple picking. I’d been dreading the day and I kind of just wanted to curl up and hide for those 24 hours, but I knew that would just make it worse because I’d lie around, be mopey, and dwell on it.
So in the end, I didn’t do anything on my birthday. I went to work, had kind of a crappy day (although kind gestures from some of my coworkers helped – more on that below) and came home where the boyfriend made lobster and corn for dinner. I also put a giant bow on Penny’s head, just because. She didn’t have a care in the world.
In lieu of a birthday celebration, I took a half-day the next day to go apple picking and picked up a batch of apple cider donuts from Honey Pot Hill orchard down the road (so. freaking. good.) as well as some of their cider so that I can make my own donuts at home (remember these?). 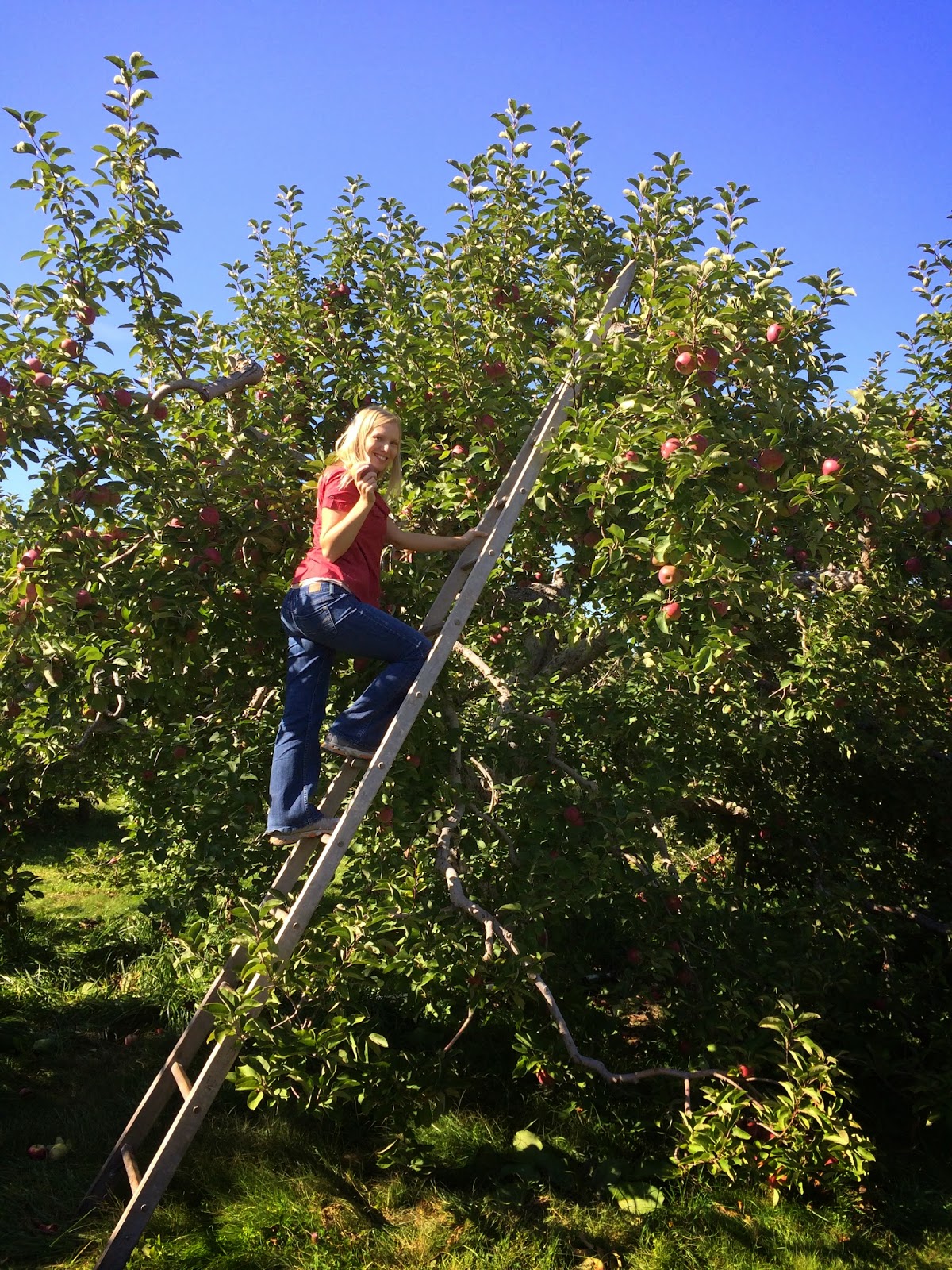 I also made plans with a small group of girls from work to do a painting party at Paint Misbehavin’ in Hudson the following week that benefitted CaRMaH (Cat Rescue of Marlborough and Hudson). I’m very much a dog person, but I can’t say no to events that benefit any kind of animal.
Much to the delight of my friends, the group brought in three cats that were up for adoption to keep everyone entertained and melt people’s hearts: Fame, Fortune and Bernard. Fame and Fortune were tiny little kittens, and Bernard was mostly blind and purred like crazy. 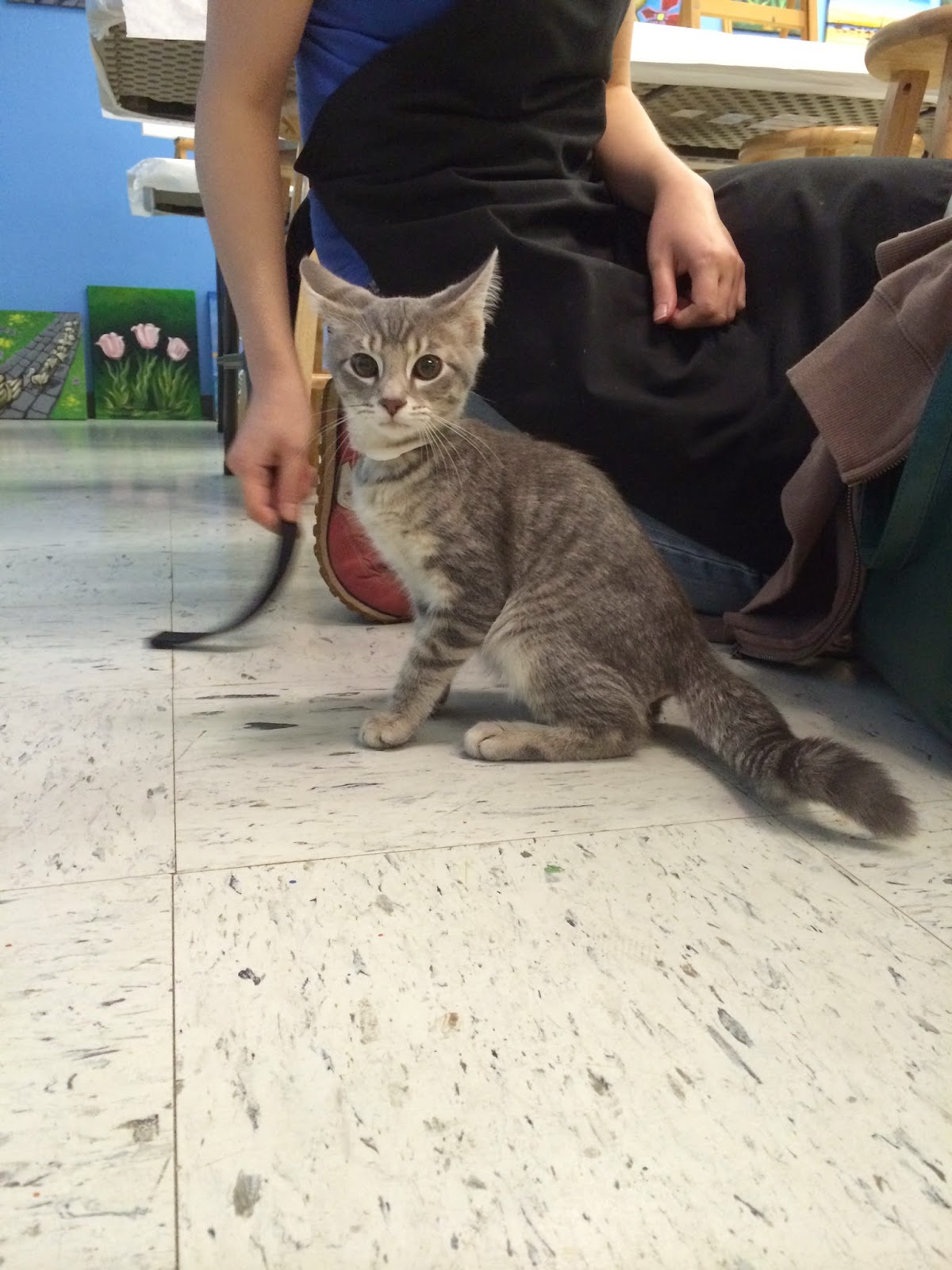 Bernard was one of the more talkative cats I’ve ever met – if I made a sound signaling him to come over and hang out, he’s talked at me the whole way over. It was adorable – just wish I knew what he was saying. I bet it was super interesting, so I was probably missing out. 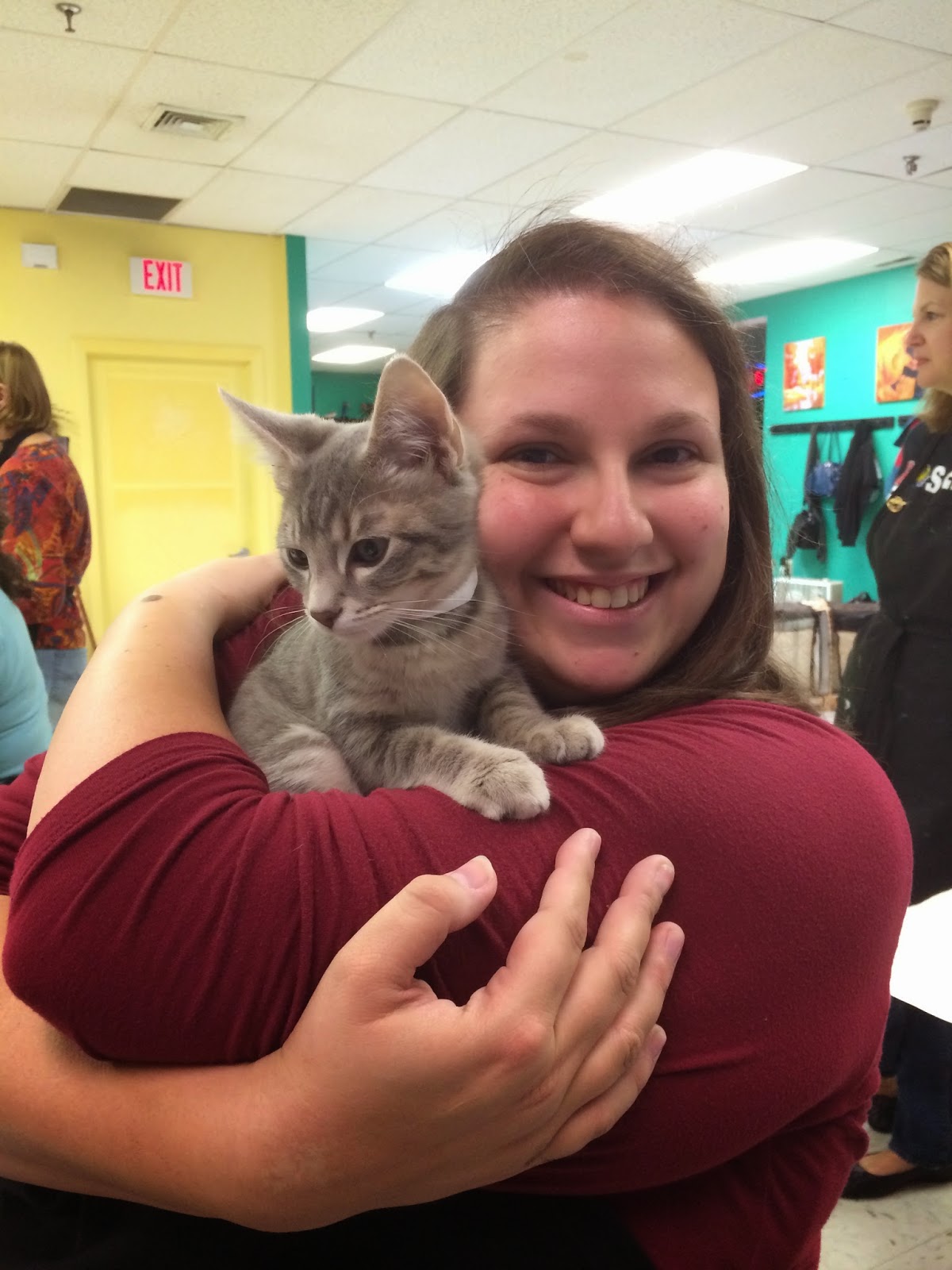 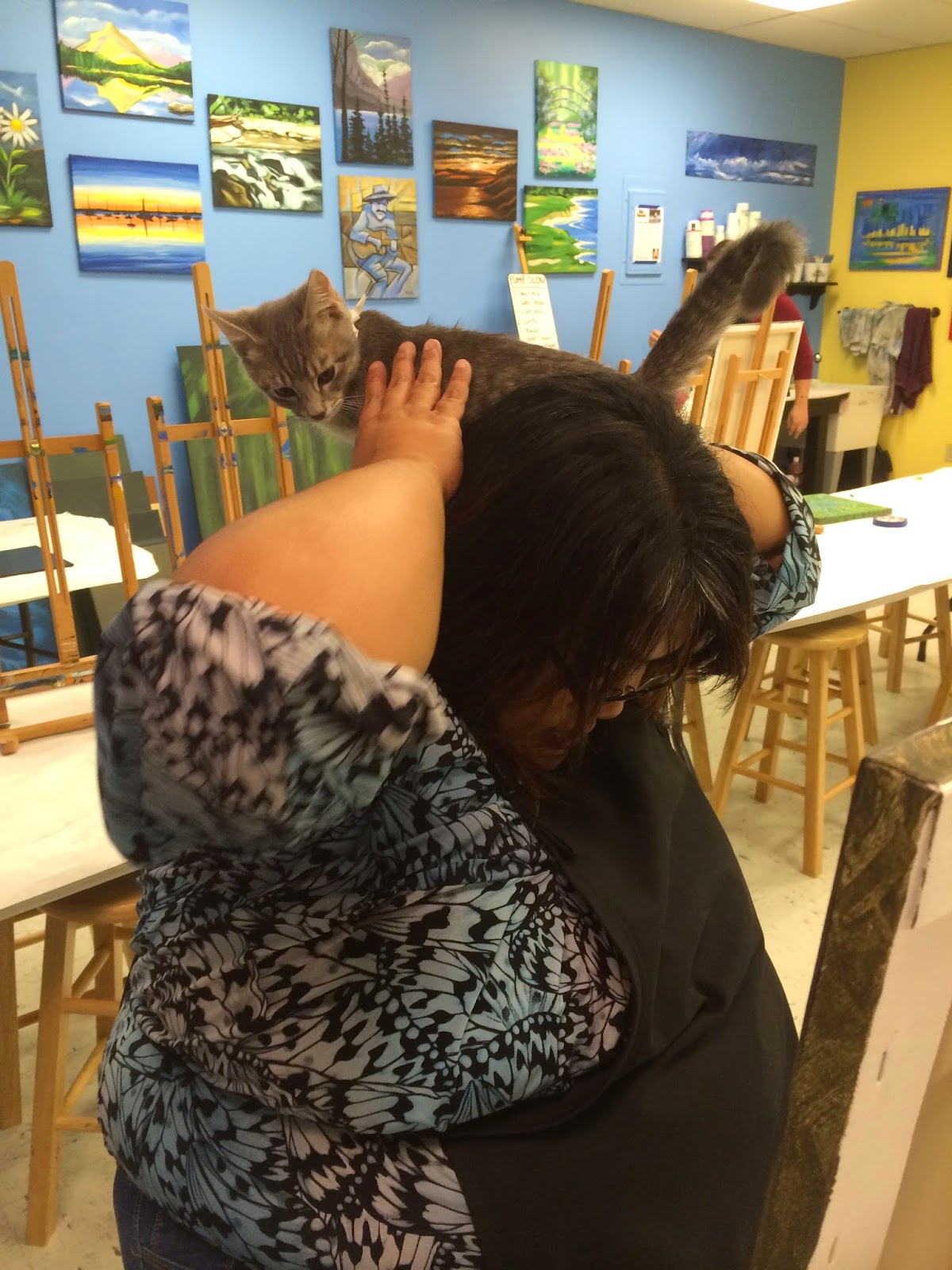 This event proved I’m still not very good at art (and Presh — in the glasses with the amazing dog portrait — IS)… or at following instructions. The goal was to paint a cat, but Presh and I went off the reservation and painted dogs while Val and Emily took their cats in their own adorable directions. 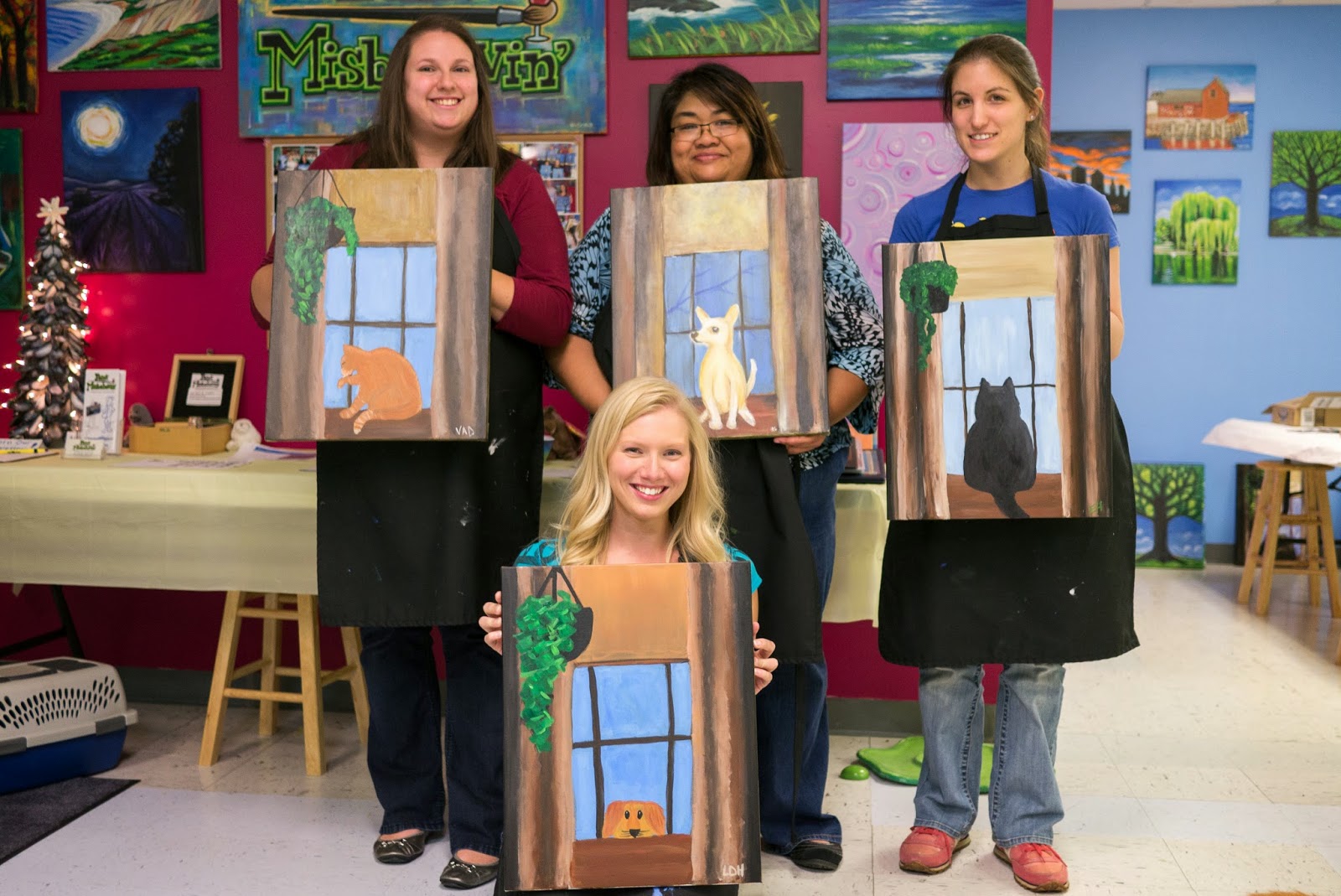 So far, 30 isn’t very exciting. It has not made me any more adult. I don’t suddenly have wrinkles and my metabolism hasn’t tanked (yet). Nothing has really changed at all, other than writing a scary new number and having people say more than ever, “You’re not getting any younger.” Yes, thank you. I’m aware of how time works. Here’s to hoping that what they say is true – that your 30s are the best years of your life. Fingers crossed. 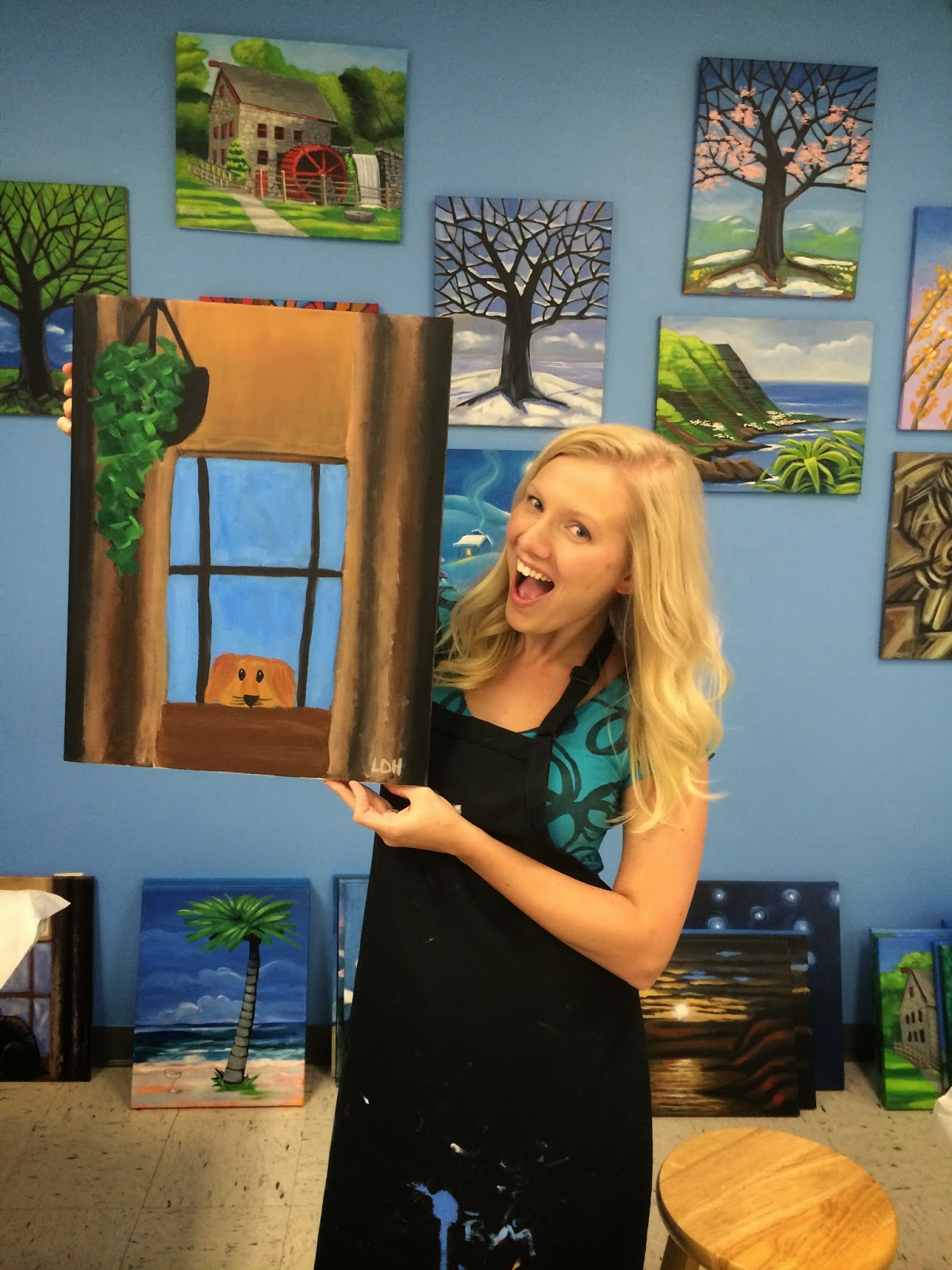